Al-Medina was born in Seville in 1998 as one more proposal for the gastronomy of the city, and as a response to the demand for an alternative and therefore different cuisine.

Located in a beautiful and quiet enclave in the historic center of the city (Museum Square), Al-medina preserves all that is magical that surrounds this culture, with a sober yet elegant and welcoming touch, with capacity for 42 diners and service by native personnel from different regions of Morocco.

In our establishment, arabesque touches predominate, with a color of reddish, indigo blue and green tones, where we can admire plaster carvings made by Moroccan artisans, as well as details that will transport us directly to cities such as Rabat, Casablanca, Fez and Marrakech.

Nothing more important to us would be for each client to feel part of this culture through Al-Medina and its gastronomy. So we hope that curiosity is the prelude to knowledge of a cuisine, the Arab, which has much to offer and teach those who know that eating is more than just satisfying hunger. 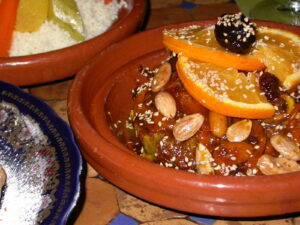 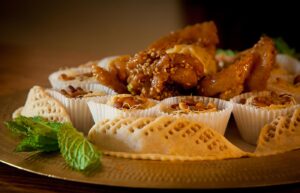 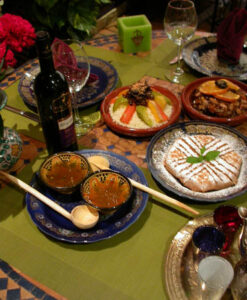