Peruse the wall-mounted picture menu, and you’ll be hard-pressed to distinguish the food of Togo (first home of the manager) from that of neighboring Ghana. The two cuisines are virtually identical, the fellow behind the counter told me, except that Ghanaians (like his wife) prefer to take their meals with a doughy wad of fufu, which is typically made from yam or cassava. Togolese (like him) favor banku, which combines equal parts cassava and fermented corn. (One will, I also understand, find plenty of banku lovers in Ghana, too.)

Before plumbing the depths of egusi with fish (small, $12), I sampled my banku on its own. The difference, in comparison with my memories of fufu, was subtle. Imagine taking a bite of a single slice of bread, then ascertaining by taste alone whether it’s five-grain or seven-grain. Then imagine scooping it through a mucilaginous squash-seed sauce heavy with stewed spinach and skin-on fish — the differences would seem subtler still.

Also noted: On a previous visit, several customers were intent on a PSG football match, that is, a soccer game featuring Paris Saint-Germain. It occurred to me only afterward that while English is widely spoken in Ghana, the national language of Togo is French — which has been discreetly introduced on the blackboard below Bognan’s picture menu (click for a closer look). That message from the manager includes the letters “S.V.”, part of a code-switching call to “S’il Vous Your Attention” to the prices of various combos. 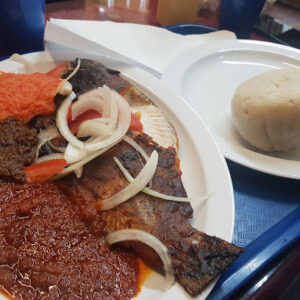 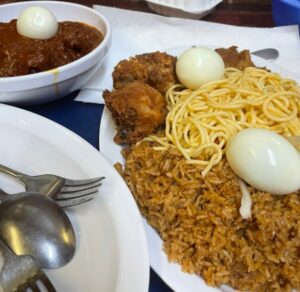 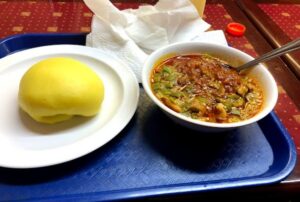 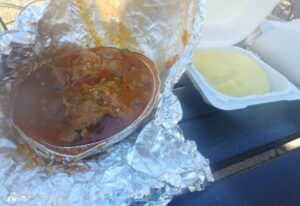 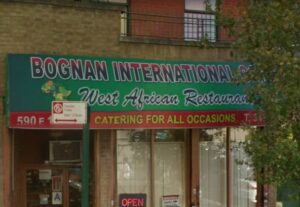 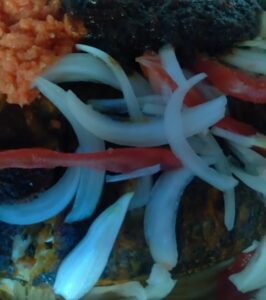