Goree Cuisine is a family owned West African - Senegalese restaurant in the casual and cozy neighborhood of Kenwood.

The Cuisine of Senegal is a West African cuisine influenced by North African, French, and Portuguese cuisine and derives from the nation's many ethnic groups, the largest being the Wolof.
Senegal borders the Atlantic Ocean, fish is very important in Senegalese cooking. Chicken, lamb, peas, eggs, and beef are also used, but pork is not due to the nation’s largely Muslim population. Peanuts, the primary crop of Senegal, as well as couscous, white rice, sweet potatoes, lentils, black-eyed peas and various vegetables, are also incorporated into many recipes. Meats and vegetables are typically stewed or marinated in herbs and spices, and then poured over rice or couscous, or eaten with bread. 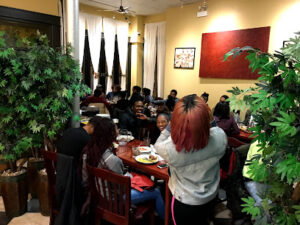 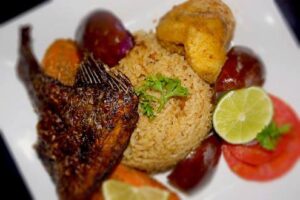 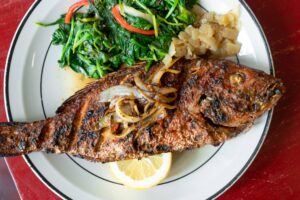 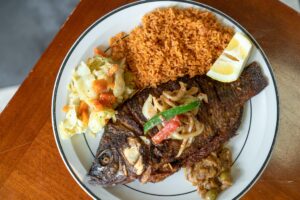 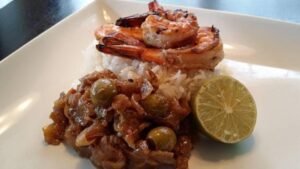 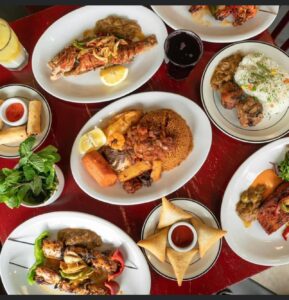 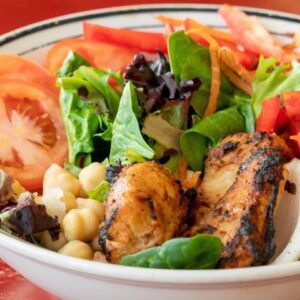 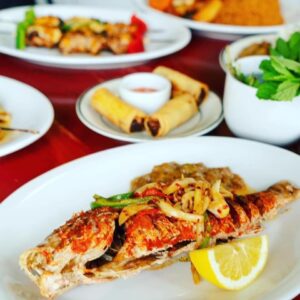 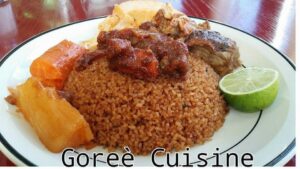 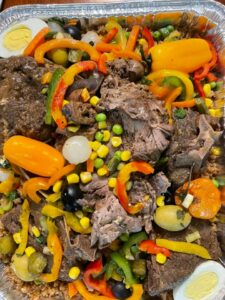