La Savane is a great place to get authentic West African food in Harlem - Jollof rice, Lamb dibi, Poisson braise and a lot more. Come eat and have a nice time.
Food from Ivory Coast and other West African countries

If you want to briefly transfer to sunny Africa, – visit the restaurant of African cuisine La Savane. African cuisine is a mixture of traditions of many countries of the continent. Most often, this cuisine is prepared on the basis of cereals, legumes, olives, nuts, local fruits and vegetables. In meat dishes preference is given to veal and lamb. In North Africa, couscous with vegetables is very popular; on the west coast – soup fufu end (thick soup, richly flavored with pepper); in East Africa, whose cuisine was formed under the influence of Indians, many cereals are used for food – for example, rice with curry spices and millet porridge. Dishes of African cuisine are extremely unusual and diverse, and with the help of this collection you can try them by choosing the African restaurant La Savane.

African cuisine combines the cuisine of many countries of the continent, and each country has its own culinary traditions. The cuisine of the coastal countries is rich in fish and seafood dishes. There are also meat delicacies in Africa. They are camel and pigeon meat, as well as turtle meat. Much more often there are dishes from veal and lamb. The daily menu of the African includes a large amount of bread, cereals and legumes, olives and nuts, as well as local fruits and vegetables.

Shakshyka – a dish of eggs fried in a sauce of tomatoes, hot pepper, onions and seasonings. It is believed that the birthplace of the dish – Tunisia

The cuisine of North Africa (Morocco, Algeria and Tunisia), or Maghreb cuisine, combines the ancient traditions of African tribes and immigrants from the Middle East, has the characteristic features of Mediterranean cuisine, it also has a tangible influence of Turkish and European. The variety is complemented by the aromas of spices and herbs. Fresh tropical fruits, especially bananas and coconut, are important ingredients of many dishes. Bananas, for example, are added to cereals and omelets, tomato soups and salads.

The same can be said about vegetables. Of them, not only salads are made, but also fried, baked, stewed, stuffed, less often brewed. The most famous dish of the Maghreb is couscous accompanied by vegetables, peas, fish or meat. Cuskys (couscous) – this is also wheat, which serves as the basis for the eponymous. Historically, cusks were made from millet. In our time, the most common is couscous from semolina, obtained from hard wheat. Outwardly resembles a round rice, the diameter of grains is 1-2 mm. 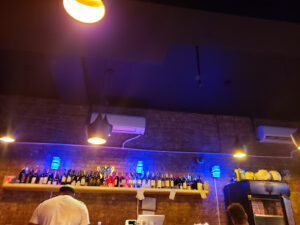 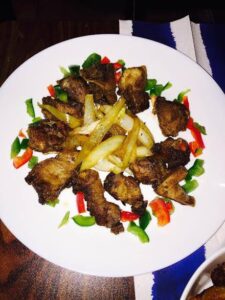 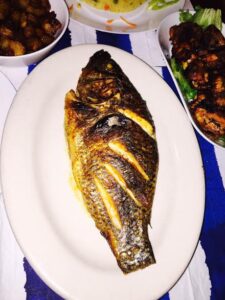