From Johannesburg, SAA's hub, the national carrier of South Africa flies to over 35 destinations across Africa, the Middle East, Asia, Europe, Australia and North and South America. From our first flight in February 1934 we have welcomed the world to South Africa by showing off the warm generous heart of the country.

We have become a global airline whose excellence - 14 Skytrax awards acknowledging us as the best African airline and Africa’s first 4 star airline - has been built a dedication to excellence and embracing innovation.

Becoming the best airline in Africa does not happen overnight. We have more than 80 years of excellence and innovation to draw on. Here are just some of the innovations that have set us apart over the eight decades that we have been bringing Africa to the world: 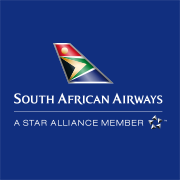