In pursuit of knowledge and enlightenment, he likes to explore environments that encourage creative expression.

Most of the artistic ideas he engages with deals with the notion of assimilation, Thus he considers idea’s about assimilating decolonized practices in his cultural past by including performance art, videography, music, photography, digital art, poetry, and painting to break free from the traditional way of painting only on canvas
As part of his body of work, he explores pre-colonial culture as well as decolonized practices in contemporary culture, the essence of black identity, and questions of empowerment in society.

At present, much of his experimentation has been influenced by the historical and design decisions that have characterised the production of Ashanti and Ewe kente cloth. This includes weaving where threads are thrown over and beneath each other in a rhythmic, repetitive manner to create patterns and shapes.
The rhythmic movement draws his attention to a crafty-looking yet mythical figure in Ghanaian folklore: Kweku Anansi. Anansi is a Ghanaian name given to the mythical figure described as a spider.
His body of work, which he calls Anansinisim, takes advantage of the intricate design of spider webs, their complexity, and their embolizing effect.
Through fusing visual design networks in a syncopated manner, and infusing Adinkra symbology from Ghanaian history, he creates both original and traditional designs that are painted onto the body.

He uses designs on the body to re-echo the collective knowledge and wisdom of his ancestors, which are gradually losing their vigor among contemporary audiences. He uses the ritual mask primarily because he believes wearing it would conceptually turn the wearer into the spirit represented by the mask. 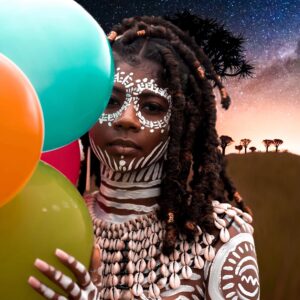 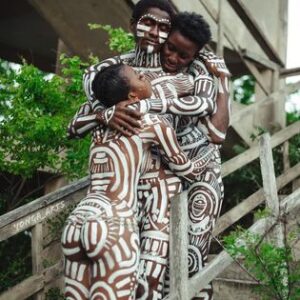 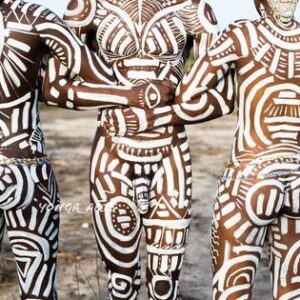 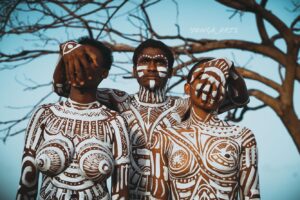 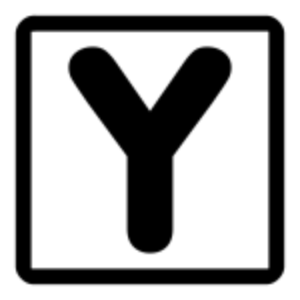 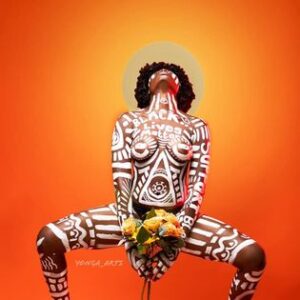 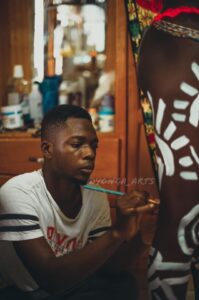 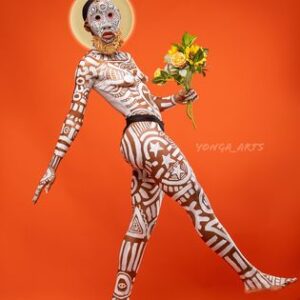 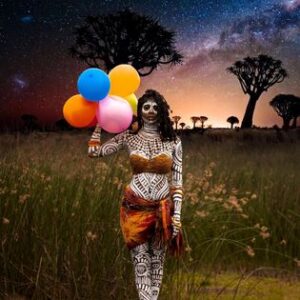 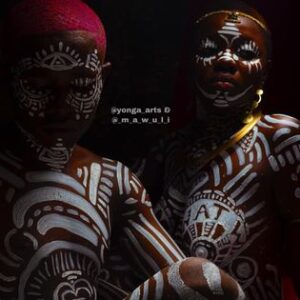 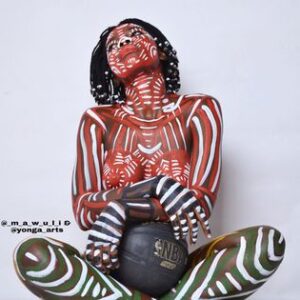 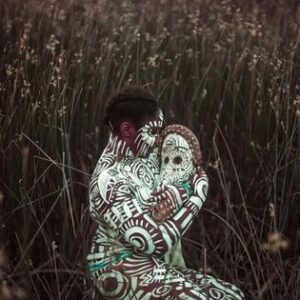 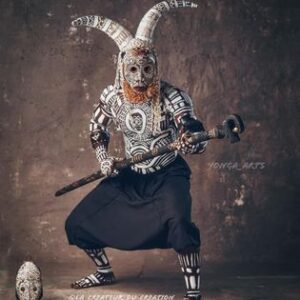 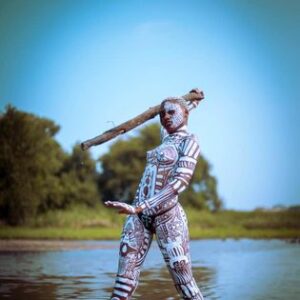